When we got the call for the digital briefing, our excitement was tough to contain. Honda Motorcycles was launching the newly re-designed VFR1200 with the newest V4Twin engine that created a truly unique sound.

We were asked to not only launch the bike in Canada showcasing the sound and super sexy look, but to also Re-Brand and Re-Position Honda in the Canadian motorcycle category.

The online strategy began with some pre-launch tactical executions that included an email deployed to Honda enthusiasts, and content on Honda.ca - a sneak peek of the bike, and dates of coming shows where the bike would be on display.

The Launch Site and Sounds

We then focused on the launch site for the VFR1200. With only a couple of months to the official announcement of the VFR launch, we had a lot to accomplish quickly. We based our strategy on the new sound and wanted the user to get an idea of what the sounds was like coming from the new V4Twin engine – what better way than to have some actual audio clips. This sent us inside to run the only VFR in Canada on a dyno where we recorded the true sounds of the bike.

The sounds of the VFR were then included into the launch site, along with beautiful photography, video, and all of the specs a gear-head could ask for.

Let’s take it a step further – bring the sounds and excitement of the VFR to the Honda Motorcycle booth at the years Canadian motorcycle show circuit. We created a visual and audio experience that was installed within the Honda booth with the VFR on a turntable right in front of them. The visitors gave great reactions and feedback that we used later on via the launch site.

With the success of the installation, we had the idea of recording visitor experiences at the shows. We sent a small camera crew to the majors shows on the year’s circuit and put together a quick piece on user reactions, impressions, and thoughts of the VFR. We turned each production around in just a couple of days and had the shows edits up on the launch site.

To compliment the trade show installation, and to also track visitors, we put together custom postcards that were distributed at the different shows. The url’s printed on the cards was unique to each show that allowed us to track visits back to the launch site.

When the VFR was officially launched at dealers, we deployed an announcement email to hundreds that signed up on the launch site and through the kiosk experience. Test rides for the VFR were popular and the bike was a success.

It was our most complex project to date that included web, email, online ads, a kiosk, print, and video production - all within six months, and across four provinces. 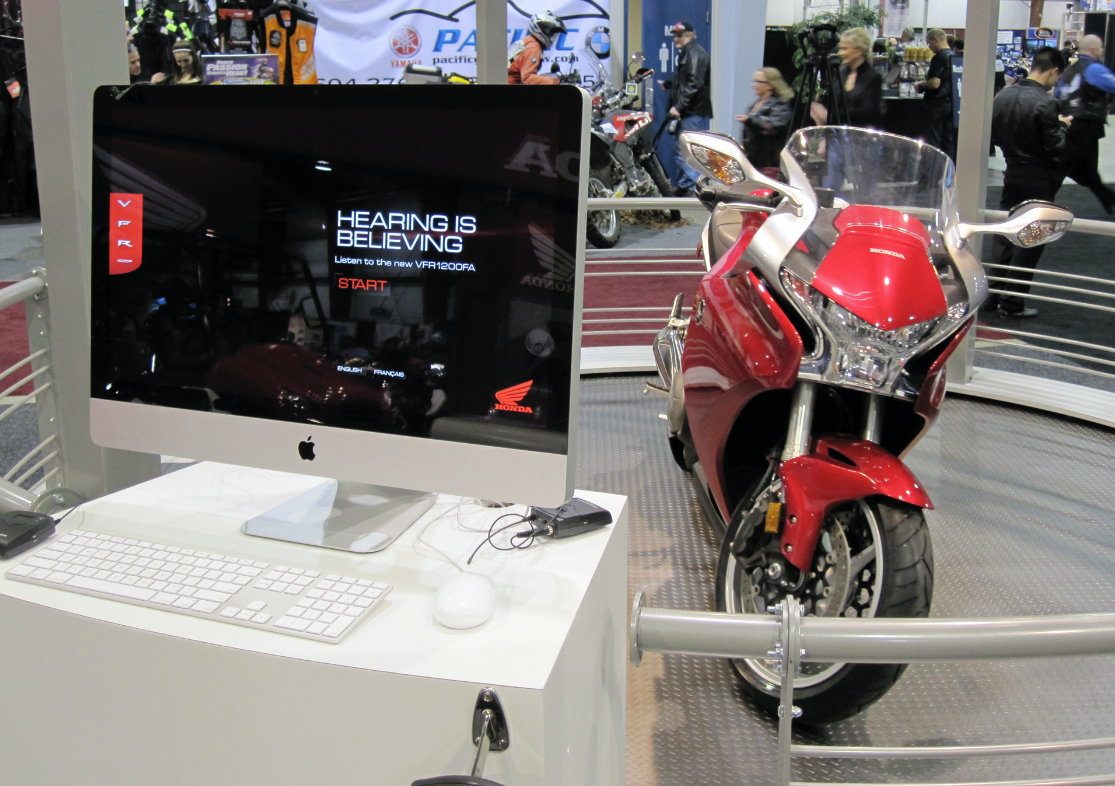 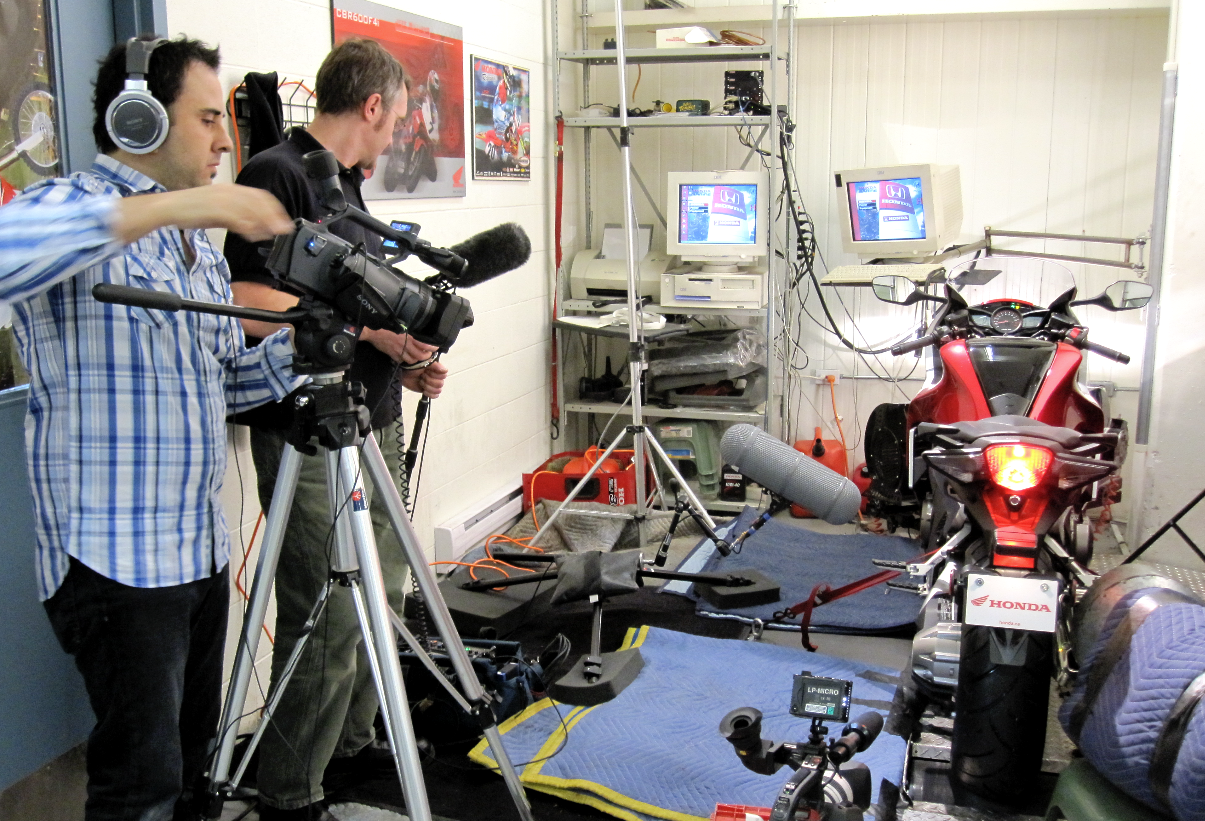 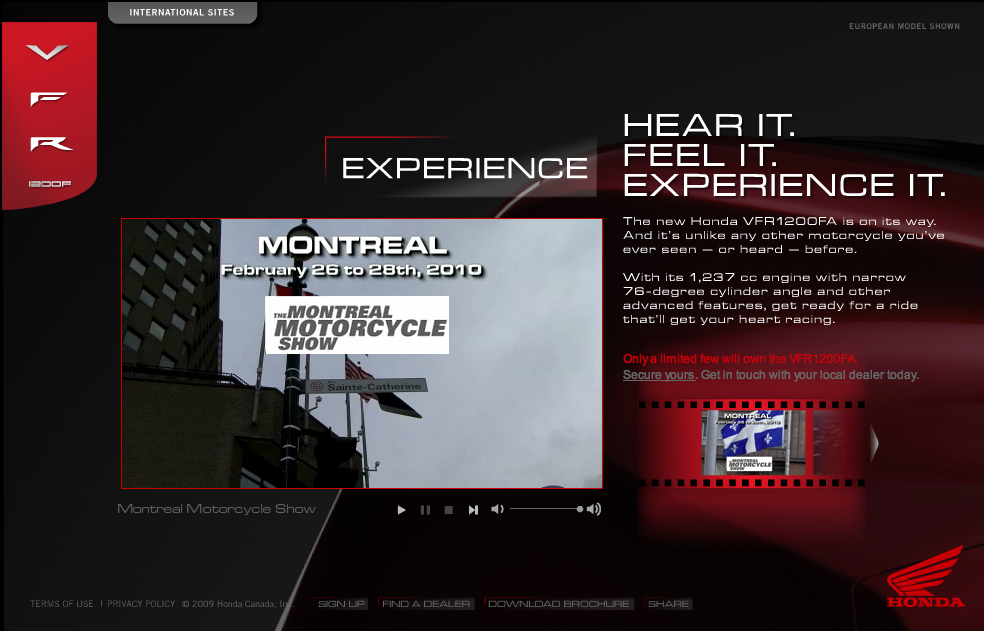 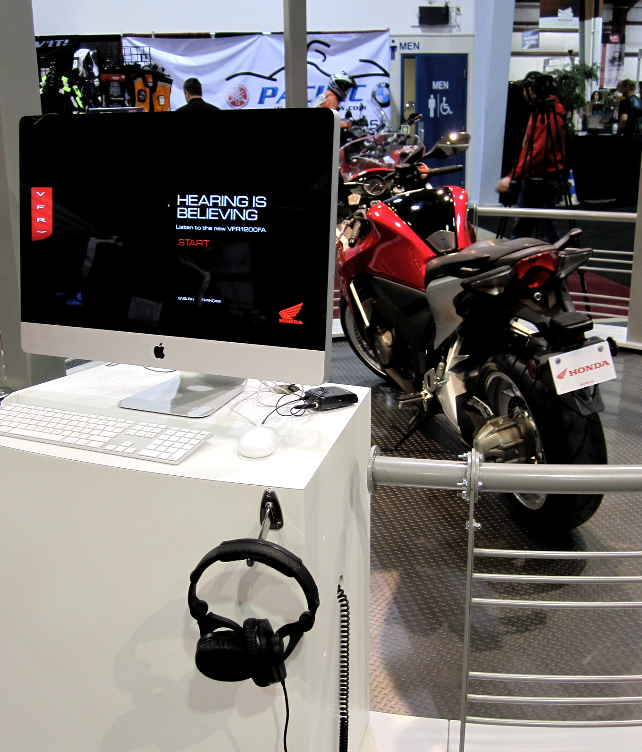 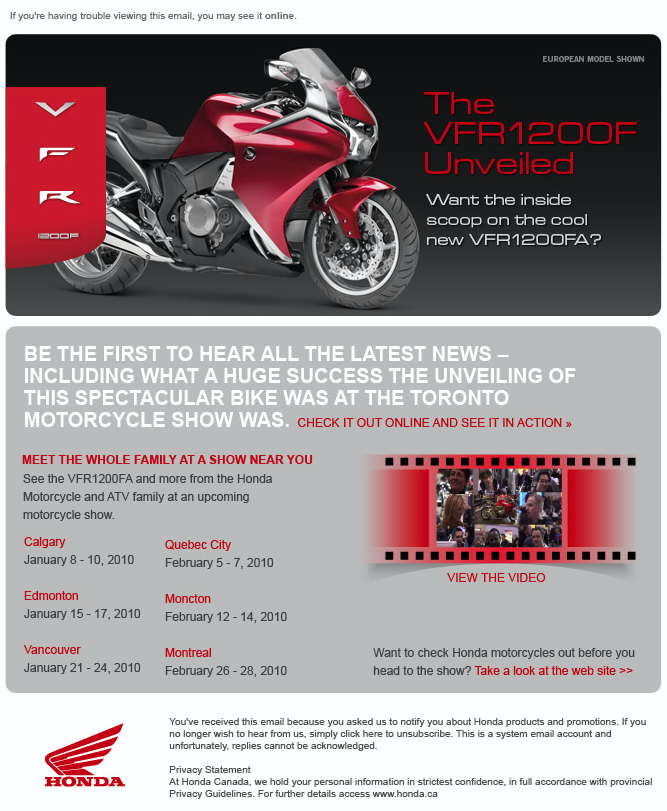 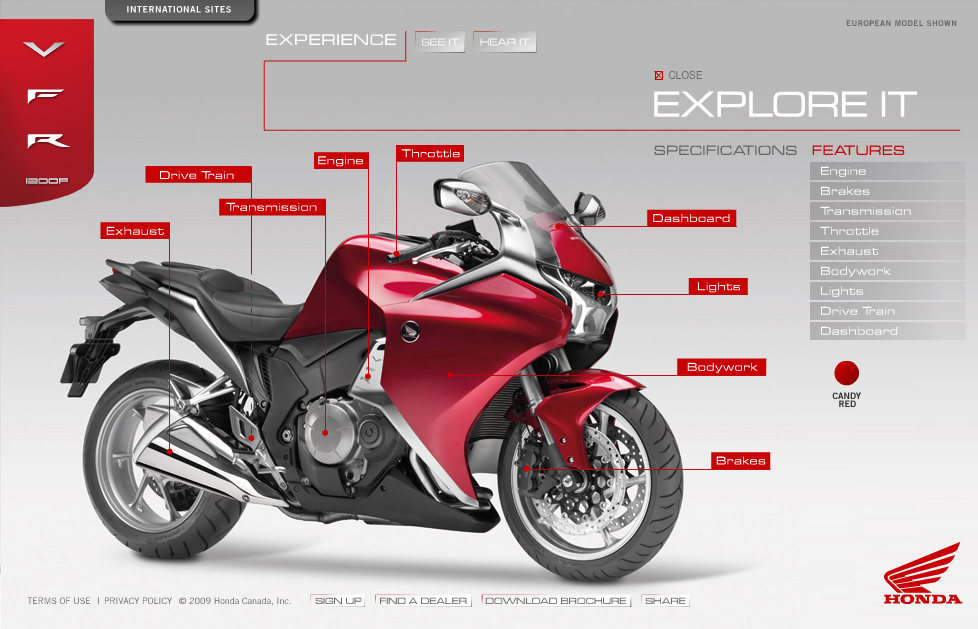 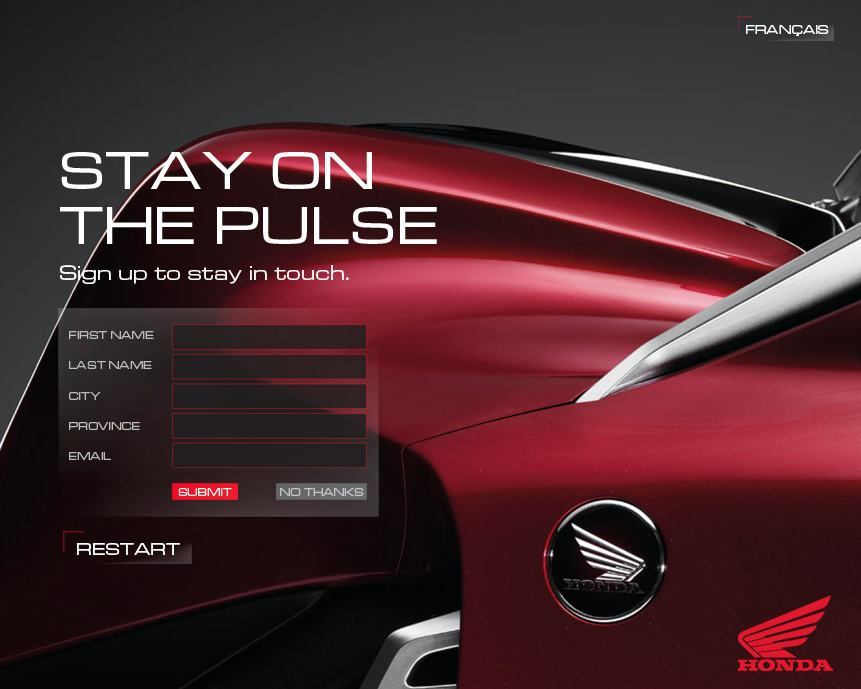